Should you eat raw cookie dough? What will be 2019's biggest breakthrough? Find out in ScienceSeeker's picks of the best posts for the week of December 17-23 2018 #SciSeekPicks #SciComm

The new film Aquaman is giving ocean scientists plenty to talk about, and we're gradually probing the mysteries of space. But there are other important topics touched on in ScienceSeeker editors' favourite posts within their respective areas of interest and expertise for the past seven days. Here is the full round-up of the ScienceSeeker Editors’ Selections:

Check back next week for more great picks!
ScienceSeekers at 5:00 PM No comments:
Share

How can you discover new worlds? Why would you want a snail to crawl on your face? Find out in ScienceSeeker's picks of the best posts for the week of December 10-16 2018 #SciSeekPicks #SciComm

This week's best science posts include the benefits of knowing a second language, and of teens starting school later, and the love story between humans and neanderthals. But there are many other topics touched on in ScienceSeeker editors' favourite posts within their respective areas of interest and expertise for the past seven days. Here is the full round-up of the ScienceSeeker Editors’ Selections:


Snail slime - there's chemistry in this weird cosmetic fad,
but that doesn't make it scientific.
Check back next week for more great picks!
ScienceSeekers at 5:01 PM No comments:
Share

The year 2018 saw several unusual discoveries that were made in our solar system and beyond. The findings ranged from explaining historical artifacts to confirming predictions that were made by science fiction enthusiasts. If you consider yourself a space trivia enthusiast or you want a summary of the exciting discoveries that have been made this year, this quiz is exactly what you’re looking for.

A note on how the quiz works: You choose the answer you prefer, and then carry on reading through the questions and check the answers at the end against your choices. There's no automated scoring, but we hope you enjoy the quiz! Please share how well you did!


2. This year scientists were carrying out studies on the black hole that is at the center of our universe. What serendipitous discovery did they make?


3. The Dark Energy Survey, an international research effort is a five-year project that ended in 2018. In August 2016 they detected something interesting as seen in the animation below. What does it show? 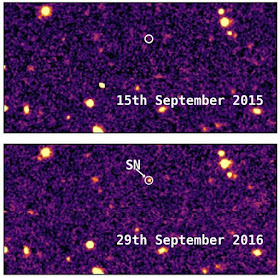 4. Astronomers have discovered a planet revolving around 40 Eridani A, an orange dwarf star 16 light years from Earth. Which fictitious planet was predicted to be associated with this star?


5. Scientists believe they have finally discovered

6. How many new moons were discovered around Jupiter in 2018?

7. In 1922 Howard Carter, a British archeologist, discovered King Tut’s tomb. Inside the tomb he found a breast plate which contained a winged scarab, made from a yellow, translucent gemstone. How was this gemstone formed?


A comet exploded over the Libyan Desert and the resultant heat melted the sand glass forming bits of the gemstone
It was formed when hot magma was expelled from deep inside the earth’s crust and cooled rapidly in the desert
The gemstones were formed deep inside the earth and were encased in rocks. These rocks then made their way to the surface and the weathering process released the underlying gemstone


8. For the past three years two radio telescopes in Tasmania and continental Australia have been arranged to track the Vela pulsar, a neutron star associated with the constellation of Vela. What were the telescopes trying to detect?


Radio emissions
A glitch in its normal behavior
Magnetic fields

9.Which satellite was launched in 2018 to detect rocky planets around nearby stars?

10. Where on Mars did NASA’s Curiosity rover find organic material in 2018?

The answers:
Question 1: Pluto's sand dunes are made of frozen methane.
Question 2: The scientists discovered bright flares from a superheated gas racing around the black hole.
Question 3: The Dark Energy Survey observed a supernova in 2016.
Question 4: Vulcan was predicted to be associated with 40 Eridani A.
Question 5: Uranus smells of hydrogen sulfide (farts).
Question 6: 10 new moons were discovered around Jupiter in 2018.
Question 7: A comet exploded over the Libyan Desert and the resultant heat melted the sand glass forming bits of the gemstone.
Question 8: The telescopes were trying to detect a glitch in the Vela pulsar.
Question 9: TESS (Transiting Exoplanet Survey Satellite) was launched in 2018
Question 10: The Curiosity rover discovered organic matter in the mudstones on the slopes of Mount Sharp.

Ananya Sen is a grad student in microbiology at University of Illinois, Urbana-Champaign. She spends 80% of her time working on oxidative stress in the Imlay lab and the remaining 20% of her time blogging about science, exploring food, taking care of her dog.
Ananya Sen at 3:46 PM No comments:
Share

How can you prevent holiday weight gain? How many genes do you share with your siblings? Find out in ScienceSeeker's picks of the best posts for the week of December 3-9 2018 #SciSeekPicks #SciComm

This week's best science posts include more awesome gravitational waves detected in space, a way to ensure all breast cancer cells are removed in surgery, and a more realistic humanoid robot. But there are many other topics touched on in ScienceSeeker editors' favourite posts within their respective areas of interest and expertise for the past seven days. Here is the full round-up of the ScienceSeeker Editors’ Selections: 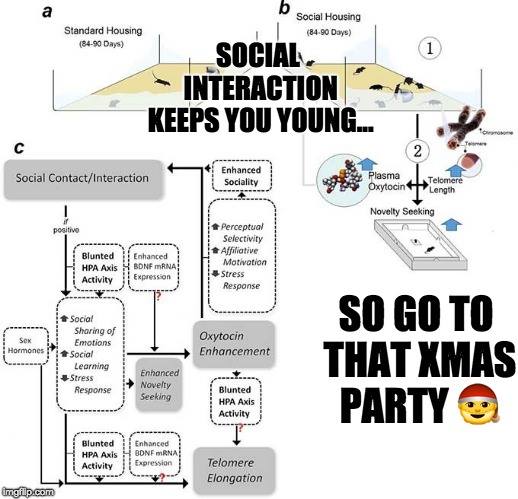 Check back next week for more great picks!
ScienceSeekers at 5:02 PM No comments:
Share

Global warming is not a distant nightmare anymore


Climate change has been hotly debated in the past couple of decades, and while the evidence is clear that it’s a big problem, sometimes it’s hard to picture that in your head. But the visual evidence that scientists have gathered can be even more compelling than the climate change projections – take a look for yourself. Click on and move the big circle to slide the line dividing these two overlaid pictures of a glacier in 1909 and 2018, and compare and contrast:

In October 2018 a team of photographers recreated a 1909 expedition that took stunning pictures of the Mer de Glace glacier in the French Alps. Eduard Spelterini, a Swiss aviation pioneer, took the original pictures during his voyage in a gas-filled balloon. The 2018 team embarked on the same trip to document the changes the past century has brought. What used to be an impressive glacier has now largely been replaced by an empty valley and debris.

That illustrates what the Intergovernmental Panel on Climate Change (IPCC) released in its report on climate change and its predictions for the next few decades in October 2018. The report is sobering to say the least. Several land and ocean ecosystems have already changed due to global warming. For example, for an increase in 1.5 °C 6% of insects, 8% of plants, and 4% of vertebrates are projected to lose over half of the area they identify as home. A direr situation awaits coral reefs, which are projected to die out almost completely for the same temperature change. ScienceSeeker’s picks for 2018 include many articles that highlight such consequences of climate change.

Climate change has obviously changed marine ecosystems. Some reef fish have evolved to depend on coral reefs for food and protection. These fish are smaller and have less defensive spines, enabling them to live among the corals instead of the sea bed. Many reef-dwelling fish have vanished with the decline in reef ecosystems. Sea turtles represent another group of animals that have been adversely affected due to climate change. Although their ancestors survived the extinction event that wiped out dinosaurs, the modern descendants are among the most threatened groups of vertebrates in the world. Currently 61% of the population is threatened or extinct, which can have ominous consequences for their diverse ecosystems.

Even land inhabitants that have been flourished for centuries are now struggling. For example, more than half of Africa’s giant baobabs, some of which are 1,500-2,000 years old, have died between 2006 and 2017. Other organisms have displayed the effects of climate change in a different way. Birds sing to attract mates and establish territories. The timing of the bird songs depends on the breeding season. Recent recordings by scientists have shown that the timing has been moving up four days per decade. This can result in a mismatch for migratory birds whose breeding and feeding patterns might become out of sync with their surroundings, leading to a population loss.

The effects of climate change will also have adverse effects on humans. It has been predicted that global warming will increase the number and intensity of tropical storms. For example, in New York City the return period will be reduced from 25 years today to five years in the next three decades. Analysis of the tropical cyclone data from 1980 to 2016 has shown a significant global increase in the number of storms with maximum speeds of 175 km/h. More troubling is the observation that the number of storms with speeds of 200 km/h has doubled, and of those of 250 km/h has tripled. Climate change is also shifting the location of the storms and expanding the affected areas. Regions near the poles that have been historically less threatened by these storms are going to be at risk.

Although the outlook is grim, all is not lost. The Paris agreement has made countries aware of the steps that need to be taken to reduce global warming, prompting efforts to reduce carbon emissions. To that end, California is seeking to create a blueprint for others to follow. In September 2018 the California Governor issued an executive order calling for the California economy to become carbon neutral by 2045. The measures include transitioning to clean energy, using electric cars for transportation, increasing carbon sequestration by farming, and changing livestock feeds to reduce methane emissions from cattle.

The most important step for all of us is to recognize that the reality of climate change is going to affect our generation. It is easy to feel resignation and remain idle but we need to take active measures, no matter how small. It has been estimated that only 100 companies are responsible for 75% of the global emissions. Together we can pressure these companies into making environmentally conscious decisions. We can also aim to reduce our own carbon footprints and adjust our living standards. It has been said that necessity is the mother of all invention. By reminding ourselves that the fate of the Earth and its future rests on our shoulders, humans can drive the changes required to bring our planet back from the brink of collapse.

Ananya Sen is a grad student in microbiology at University of Illinois, Urbana-Champaign. She spends 80% of her time working on oxidative stress in the Imlay lab and the remaining 20% of her time blogging about science, exploring food, taking care of her dog.
ScienceSeekers at 6:24 PM No comments:
Share

What can we learn from animals about diet? Which country is heading back to the moon? Find out in ScienceSeeker's picks of the best posts for the week of November 26-December 2 2018 #SciSeekPicks #SciComm

This week's best science stories inevitably focus on the big gene-edited baby story, but also how we discovered water isn't an element and whether physics papers written by women are referred to more often than those by men. But there are many other topics touched on in ScienceSeeker editors' favourite posts within their respective areas of interest and expertise for the past seven days. Here is the full round-up of the ScienceSeeker Editors’ Selections: